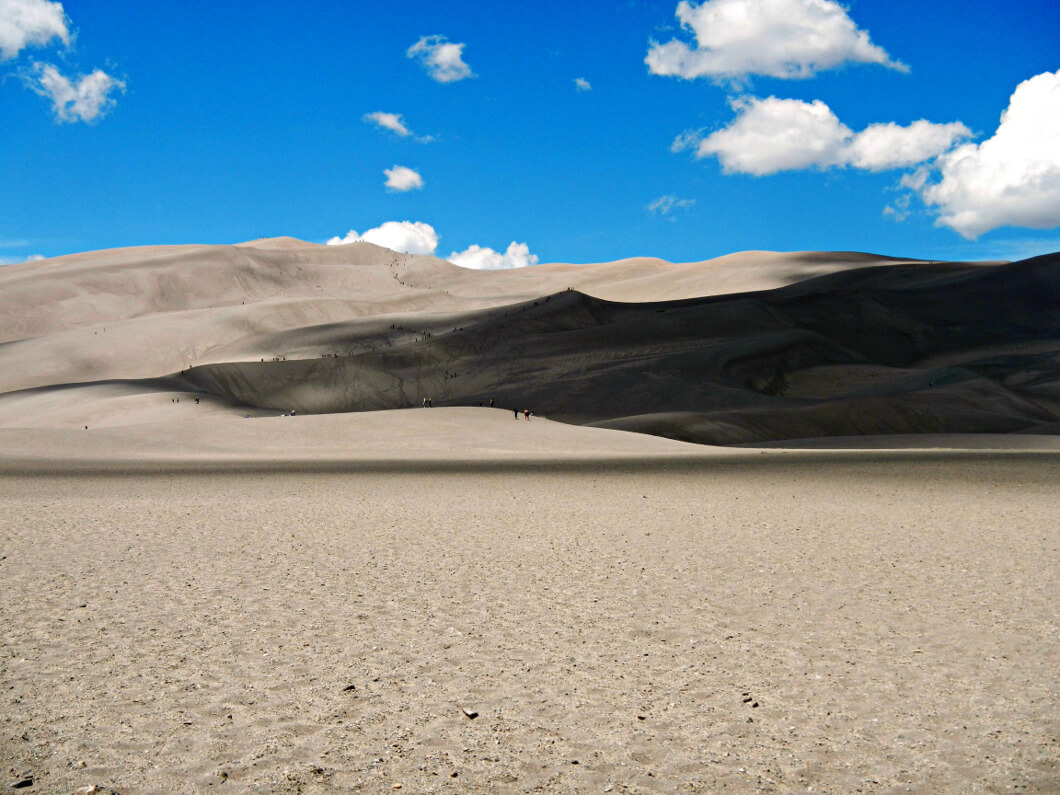 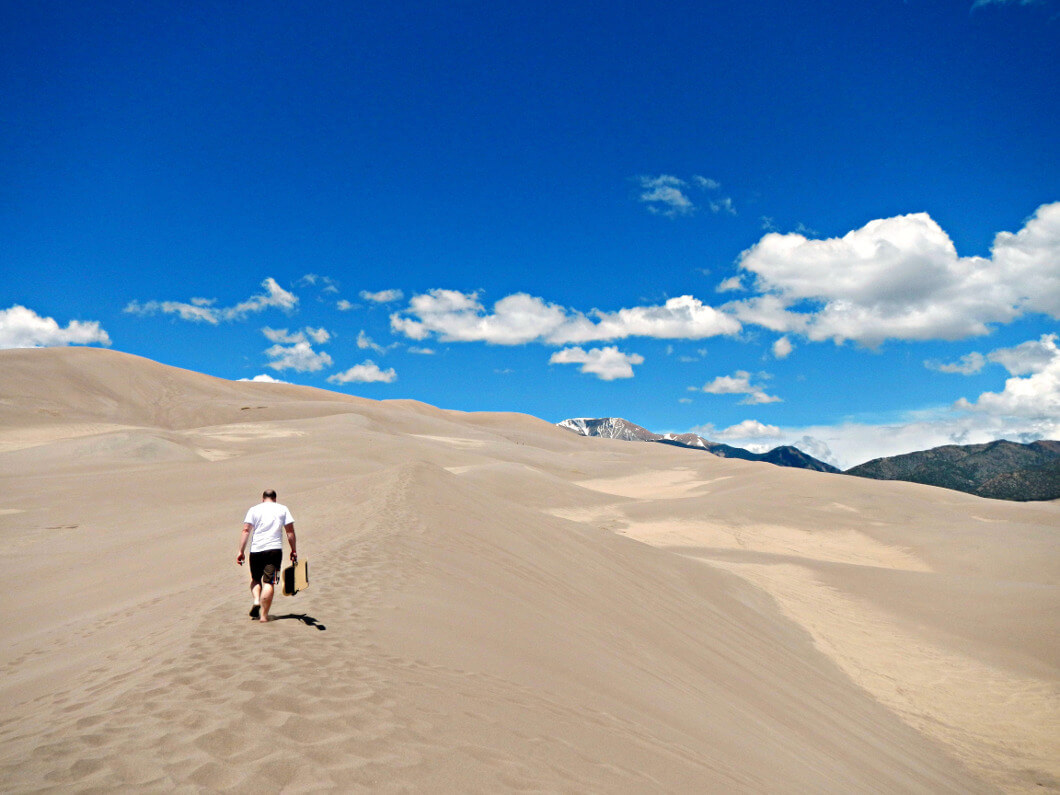 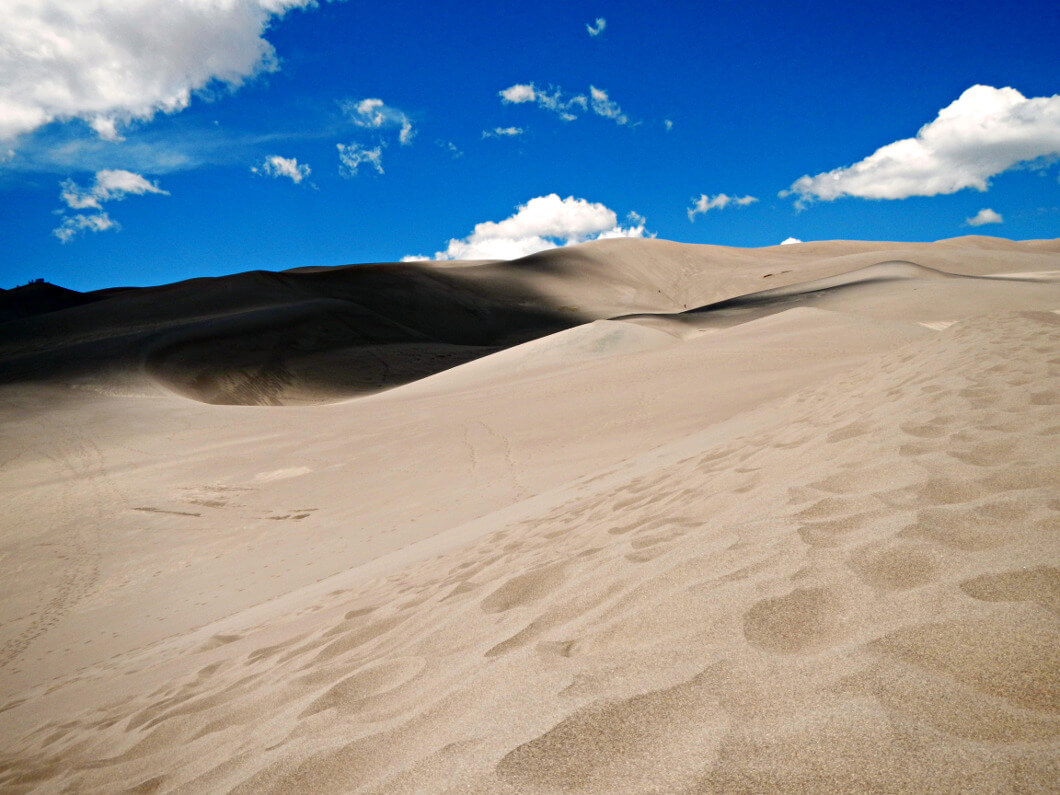 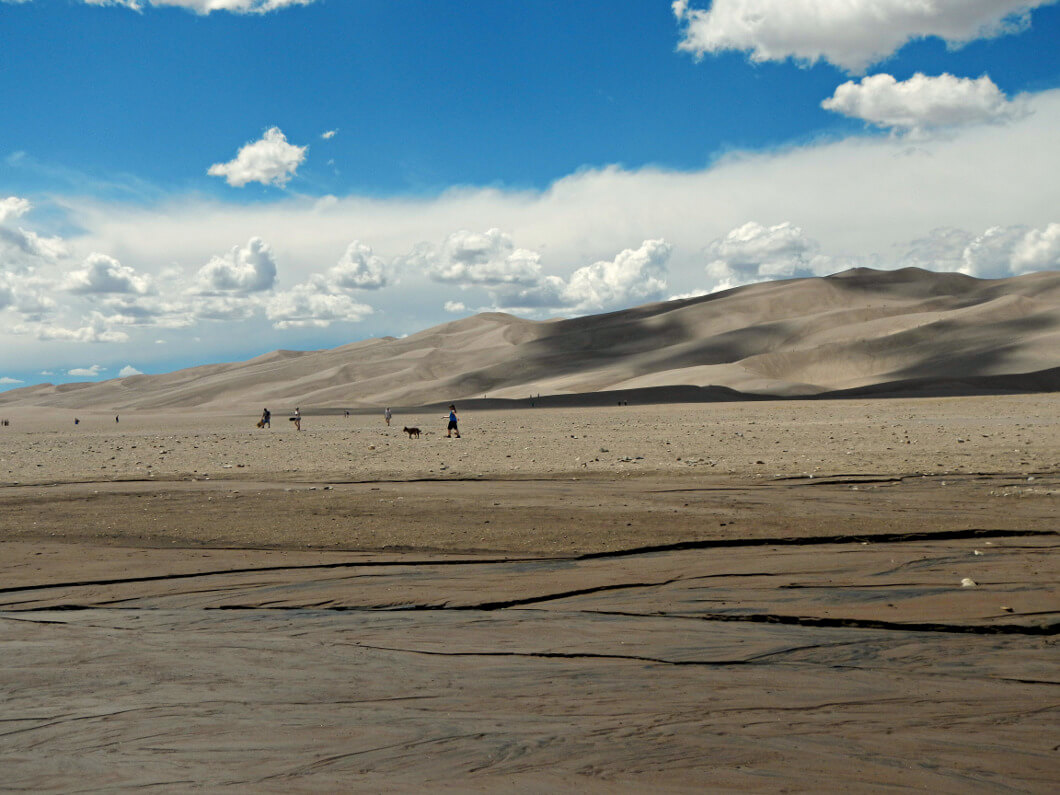 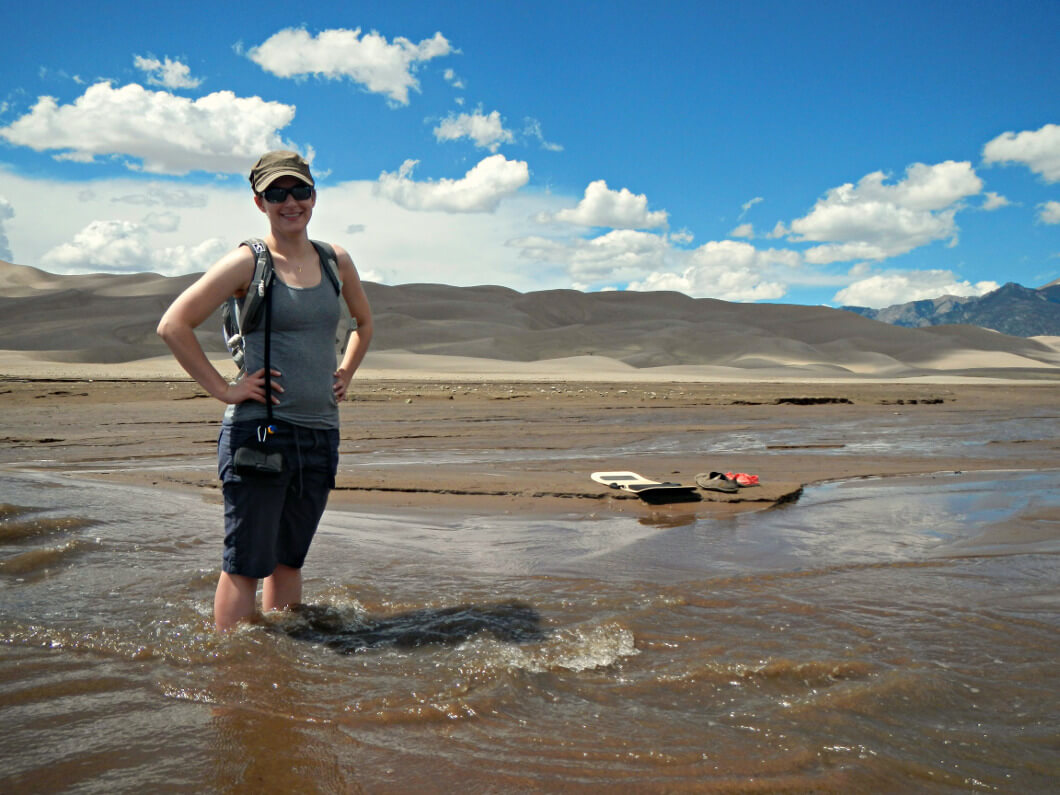 Recently, we headed off to the Great Sand Dunes National Park and Preserve because we’d heard it was a lot of fun! We didn’t have a lot of time, so we planned for a quick overnight camping adventure!

We were unable to make reservations for camping, so we left early Friday morning in an attempt to nab one of the first-come, first-served spots. Unfortunately, the four-hour drive from Denver meant that we still got to the park just a little bit too late to claim a spot. Fortunately, right down the road was the Oasis campground, which had plenty of campsites available! The campgrounds actually seemed nicer than those in the park–more space instead of everyone being piled on top of each other!

Sidenote: If you have a manual all-wheel-drive vehicle, there are apparently some REALLY cool camping sites in the park, but unfortunately, we were told our little Crosstrek would likely get stuck, and we’d have to be towed to the tune of $600. Didn’t seem worth the risk, but if you go and have a vehicle that can handle it, there are a lot more camping options available in the park!

That afternoon, we rented a sled and decided to try sledding down the dunes. We quickly learned that 1) the dunes are a lot harder to climb than you might think, 2) you have to wax the crap outta your sled or you won’t move at all, and 3) getting back up the dunes sucks.

Overall, I’m glad we tried the sledding, but after just a few runs (and climbing back up the shifting sand) we were pretty beat, and headed back to the creek to cool off! At this point, it looked like a storm was about to roll in, so we headed back to the campgrounds to shower and eat, with plans to hike the dunes the next morning!